People’s Rights Group (PRG), an advocacy and lobbying rights Group based in the UK, operating with the purpose of taking up issues and/or assisting the victims of human rights violation arising inter-alia from hate speech/crimes, discrimination, harassment, bigotry, and double standards, expresses solidarity with British Sri Lankans who have conducted a protest today, 12th December, in front of the Sri Lankan High Commission in London, against forced cremation of bodies of Muslim and Christian victims who die as a result of COVID19.

The abhorrent practice of forced cremation is a blatant violation of human rights of minorities in Sri Lanka. Despite the World Health Organization’s guidelines clearly stating that burial is a safe option for disposal of bodies of COVID19 victims, and despite the United Nations, international human rights organizations and other international bodies requesting the Government of Sri Lanka (GoSL) to respect the rights of the victims and their families and allow last rites of victims to be conducted according to their faith, the GoSL continues to forcibly cremate bodies of victims adding immense psychological suffering to families who are grieving due to loss of loved ones.

PRG calls upon the Government of Sri Lanka to respect human rights, particularly the rights of its minorities, and stop the despicable practice of forcibly cremating bodies of deceased COVID19 victims against the religious beliefs and wishes of their families. 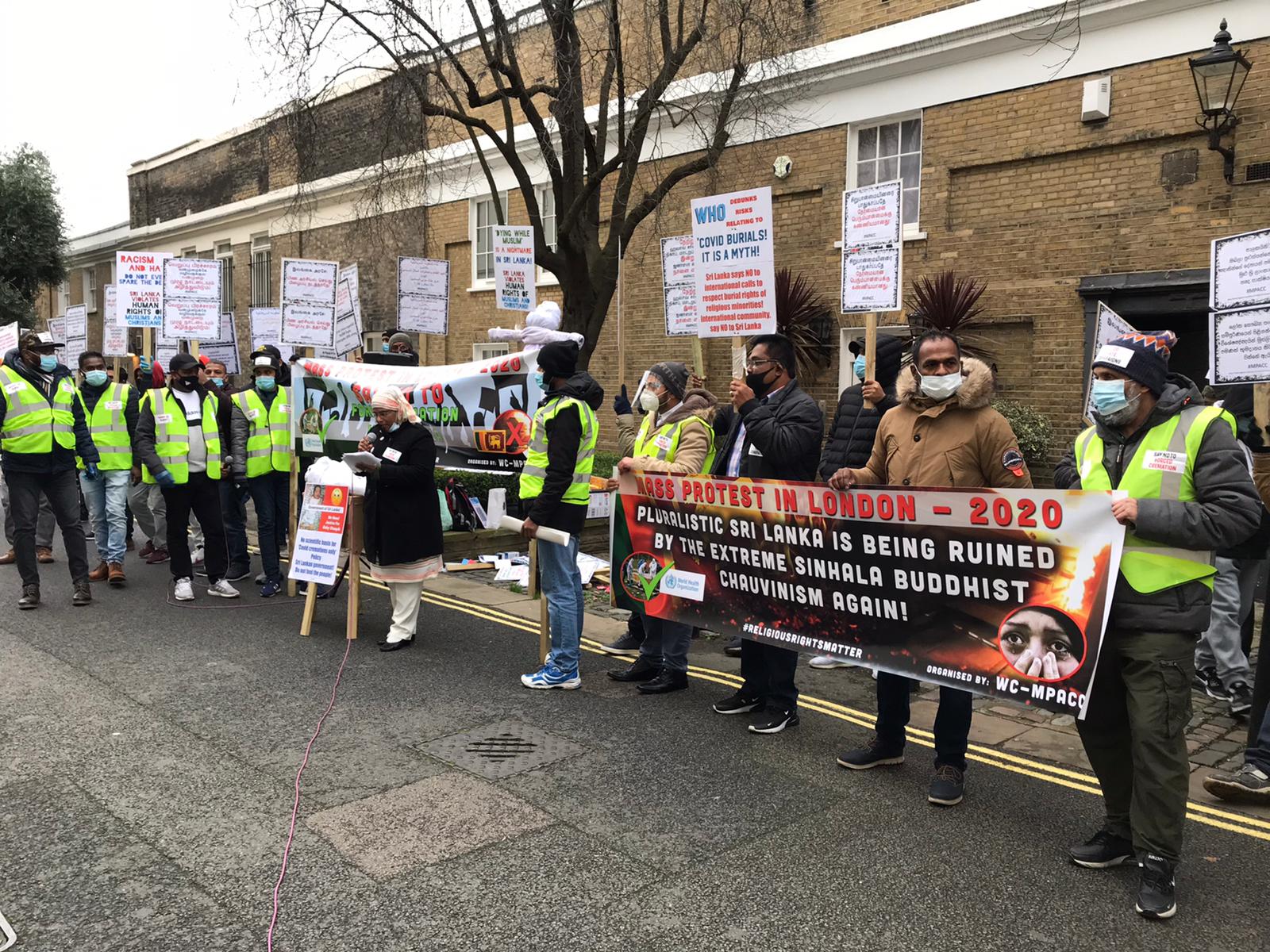